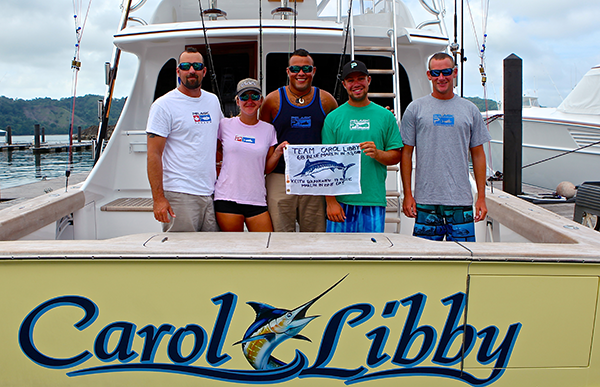 Here an interesting fishing report from from Capt. Josh Temple along with his team fishing off  Los Suenos, Costa Rica:

"We've just returned from perhaps the most incredible five day trip that we will ever experience in our lives. We managed to release 122 marlin in five days of fishing.

On June 30th we arrived at our destination, lines went in the water at 9:00 a.m. and by 6 p.m. we had tallied a staggering 34 blue marlin releases out of 46 bites. I literally lost count of how many fish we saw, they were attacking in numbers that were quite literally uncountable. Several times throughout the day, hooked fish would be followed by several other free swimming marlin — too many double headers to count, and more triples than I can honestly remember.

At one point it took us eight minutes to catch a triple header of 250 to 375-pounders on baits. We managed to TBF tag 23 blues that day.


Here the highlights of the season: