FLORIDA: caught from the shore three tiger shark in a night 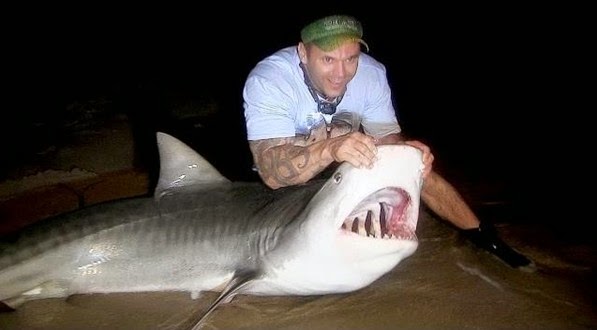 All the sharks were quickly released after being documented by the fishermen.

One of the tiger sharks that we caught had a research tag from the "Apex Predator Program" at NOAA that this shark had been tagged by researchers one year earlier in Bimini, Bahamas.