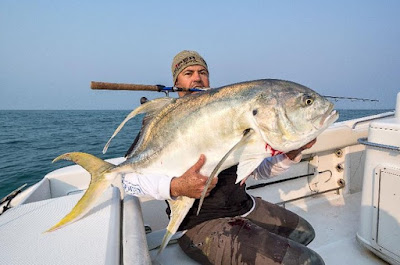 On June 4th Angolan angler Marco Couto landed the potential new All-Tackle record for longfin crevalle jack (Caranx fischeri) while fishing Barra do Kwanza near the Angolan city of Luanda. Couto, and experienced angler with several records to his name, needed 20 minutes to subdue the hard-fighting jack after it nailed the soft plastic lure he was casting. If approved, Couto's massive 16.5 kg (36 lb 6 oz) fish will easily replace the existing record of 14.9 kg (32 lb 13 oz). 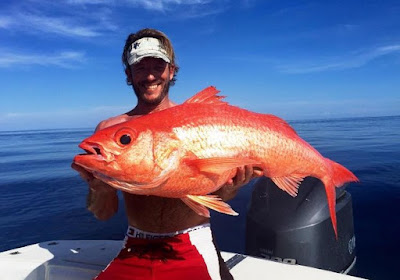 On September 4th, while fishing off Long Key, Florida, USA, angler Chris B. Walter caught the "king" of all queen snappers (Etelis oculatus) - a 12.7 kg (28 lb) beast that could potentially earn him the new All-Tackle world record. Walter needed 15 minutes to bring up the huge queen after it hit the squid he was fishing near the bottom. What makes this catch even more impressive - and the reason why it is even eligible for an IGFA world record - is that Walter caught the fish using a manual rod and reel, rather than an electric reel which is often used by anglers targeting this deep-water species. 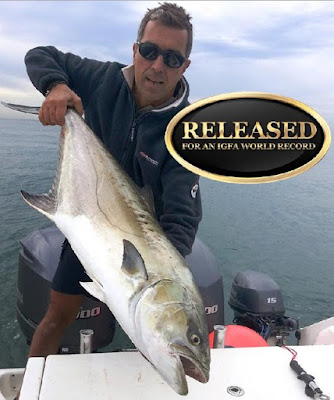 Italian angler Paolo Bigarelli caught and released this impressive 121 cm leerfish (Garrick) (Licha amia) while fishing off Ostia – a small seaside town outside of Rome, Italy - on September 11th. Bigarelli needed 15 minutes to subdue the hard-fighting leerfish after it crushed the live goggle eye he was slow-trolling. Once landed, the fish was quickly documented and released alive. If approved, Bigarelli’s catch will become the new All-Tackle Length record, which is currently vacant.
http://www.IGFA.org