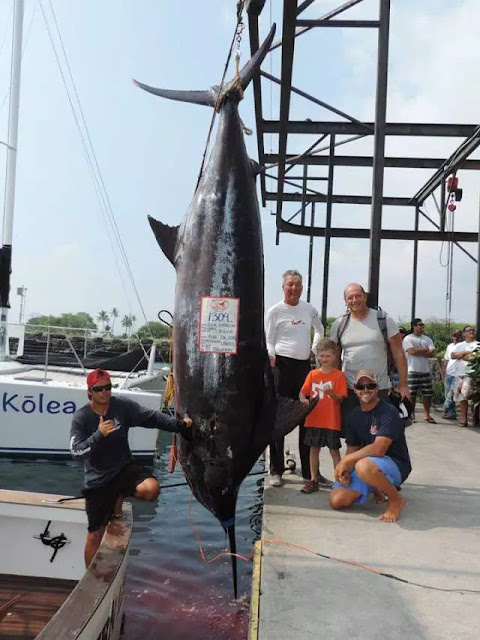 With Capt. Mat Bowman at the helm and crew Kyle Vannatta on deck, angler Michael Bilich reeled the big fish to the boat.

It's Kona's second fish weighing more than 1,300 pounds in 2015. The big surprise from marlin watchers, the fish broke the "tail stump" rule. The girth of its tail stump was 19.5 inches, which predicted a weight of only 950 pounds.