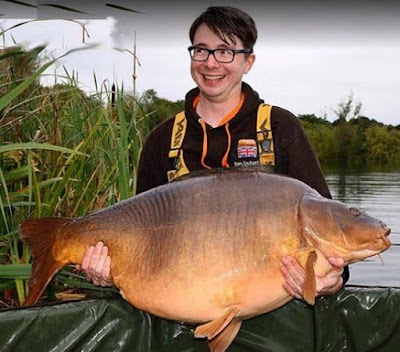 Tom Doherty, an English fisherman, the past week caught a British-record carp.

He was making his  visit to "RH Fisheries", a pay fishery that bills itself as “the premium U.K. venue for big carp.”

Tom  had been fishing the over 10 acre private lake for about 3 hours when the monster carp took his bait. After a 25 minute fight, he landed the 70 pound and 4 ounce (32.5 kg) carp that had been nicknamed Big Rig.

If approved, it would be a British record for carp, beating the current record-holder by 2 pounds, 3 ounces. 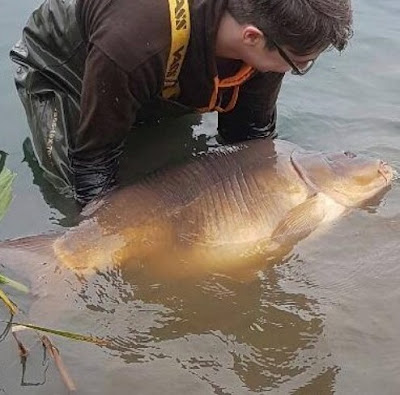 As soon as word of the catch got out, other anglers began criticizing the catch.

Some claim the carp was hand-raised to its current weight and then placed into the fishery as a record-breaker and therefore can’t be verified as a national record by the Angling Trust.

More about RH Fisheries at: http://rhfisheries.com