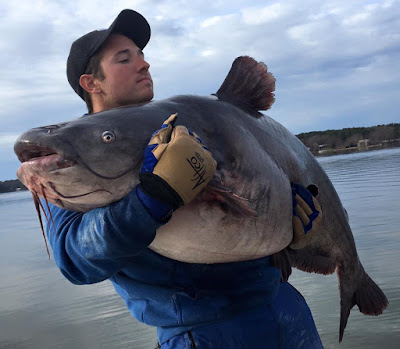 North Carolina fishing angler  Zakk Royce is credited with breaking the state record for blue catfish one day, then breaking his own record less than 24 hours later.

The huge blue catfish weighed 91 and 105 pounds, respectively. The catches were made the past December on Lake Gaston.

The previous occicial North Carolina record was an 89 lb blue catfish caught at Badin Lake in 2006.

After releasing the fish that morning, Royce and his father baited new lines, and Royce hooked up with the larger catfish. 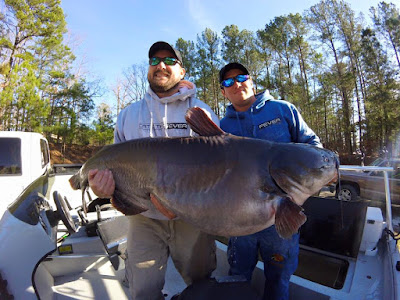 This kind of catfish are the largest species of catfish in the US. Blue catfish are native to the Mississippi, Missouri, and Ohio River basin systems, and have been introduced elsewhere in the United States.