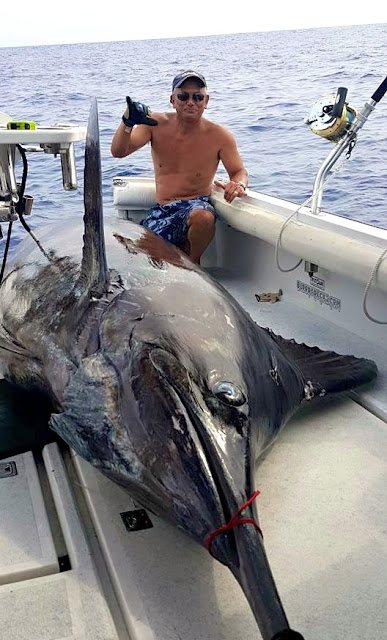 This blue marlin is the largest blue marlin caught off Hawaii in 23 years, and is only eight pounds shy of the world record; a giant 1,376-pound blue caught off Kona back in 1982 and 1400 pounder in, 1990

However, Kitaoka was using an electric reel, so even if the fish had been nine pounds heavier, it could not have qualified as a world record. 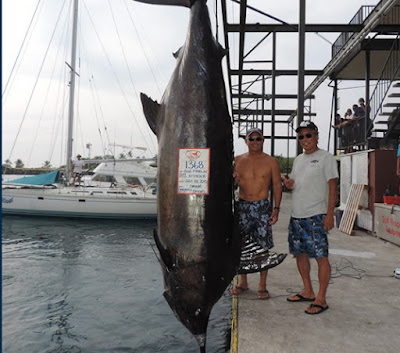 Kitaoka was trolling two live live skipjack tuna when the marlin took his bait and almost immediately and ran out a quarter mile of line before jumping.

From that distance, Guy estimated the fish at 250 pounds or so.  But Capt. Bomboy Llanes, in a nearby yacht, was closer to the fish and radioed Omori to explain that they had hooked a rare “grander,” or a marlin weighing 1,000 pounds or more.

After 90 minutes fight the marlin arrived at the boat, but was too big for the small boat. So some other boats come to help the duo.
It took seven men to haul the marlin through the transom door on  the "Lana Kila".

The fish measured nearly 12 feet long, with an 84-inch girth. 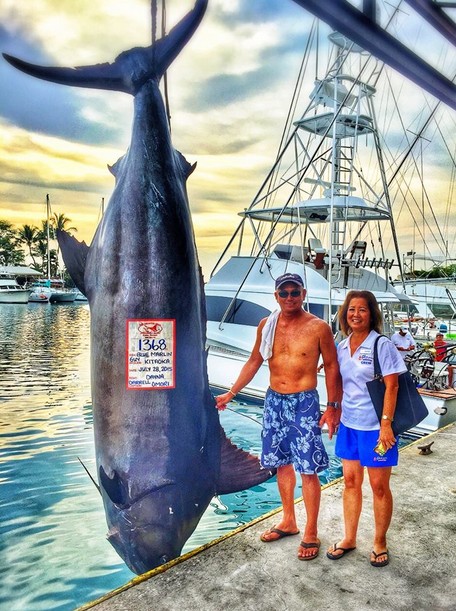