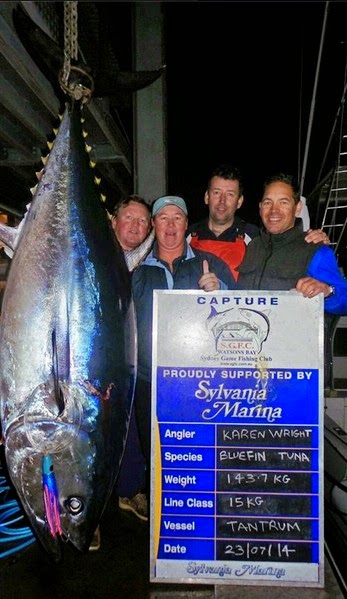 The Sydney Game Fishing announced that angler Karen Wright club president has just weighted the one of the largest Southern Bluefin tuna to ever be captured on rod and reel by a female angler on 30 lb line.

They hooked up late in the afternoon just inside the famous Heatons Hill after taking a Tantrum Bullet, the fight time was just thirty minutes.

This big tuna of 317 lb - 143 kg is will now be the pending World Record, Australian Record, NSW record and of course club record. Is there anything Karen cant catch.