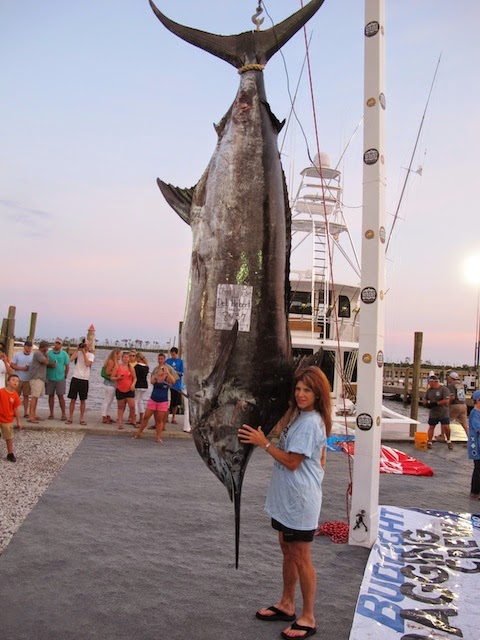 Deb is only  106 pound Deb and whipped the marlin that outweighed her by more than 737 pounds...

Deb, who is an Air Force flight surgeon and a marathon runner, has caught giant yellowfin tuna and released smaller marlin before now. But this is her largest catch yet and it’s the largest marlin ever weighed by a lady angler in the tournament’s 16-year history.


She was fishing on "Iona Louise" about 30 miles south of South Pass, Louisiana, in 2,300 feet of water near the Ewing Bank, when the marlin ate a live five-pound blackfin tuna off the starboard outrigger.

The marlin was caught on I.G.F.A. 80 lb line with a 300-pound leader. The crew had to wire the fish 15 times before they finally boated it.