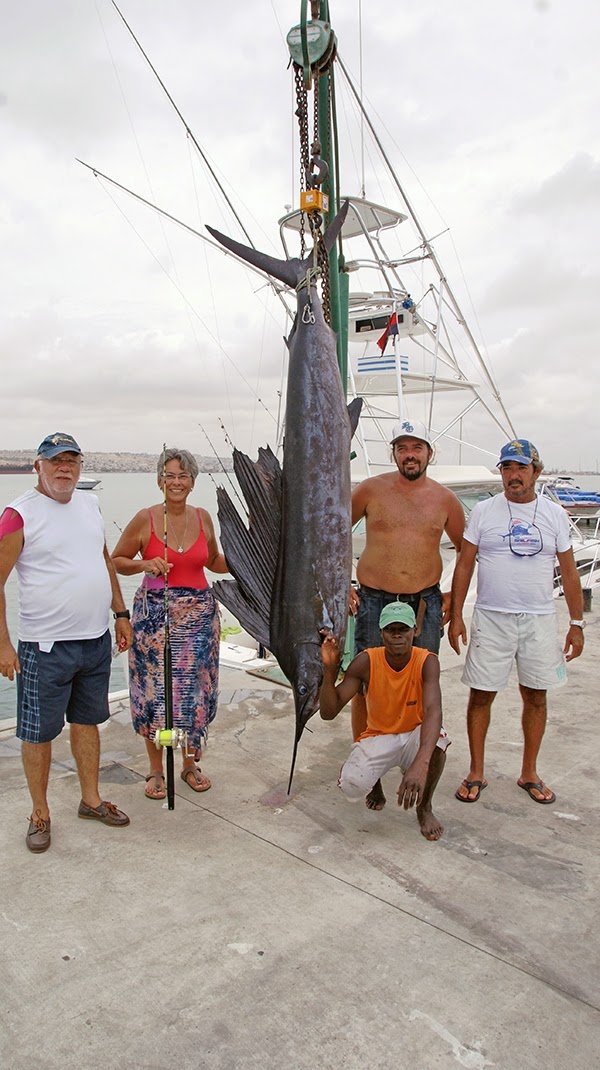 Lots big and fat sails were caught during the 10 th "Logito Big Game Tournament" off southern Angola in West Africa.

During the same billfish tournament, an other huge 142 lb - 64.32 kg sailfish was caught by Marco Couto. This fish could beat the 30 lb class record and all-tackle record. The previous all-tackle was also caught in Angola in 1994.

During the tournament 513 sailfish and 7 blue marlin; over  99% of them were released and most with a "Billfish Foundation" tag.

For sure this could be  be the most successful billfish tournament held on the West Coast of Africa, if not the whole continent.