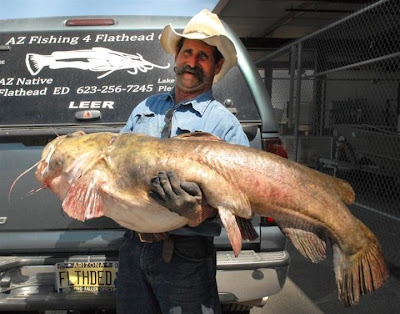 A big flathead catfish was landed in Phoenix in Arizona's probably the heaviest ever recorded here.

It measured more than 54 inches in total length with a nearly 34 inch girth.

This fish seems to be heaviest recorded fish of any species in state history, topping the 74-pound flathead catfish caught in late 1988 out of the Colorado River,