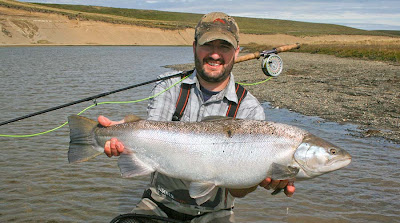 This report was reported by Roxton Company and about Tierra del Fuego 2013 Season report in Argentina Patagonia.

The past season on The Rio Grande river has been classified as a normal good year. Any way the impressive records demonstrate how easily perspective is lost down here:

There were 3,029 sea trout landed, weighed and measured at the two lodges

Anglers landed an average of 17.42 fish during their visits, almost 3 per day