AUSTRALIA: an other black marlin from the rocks 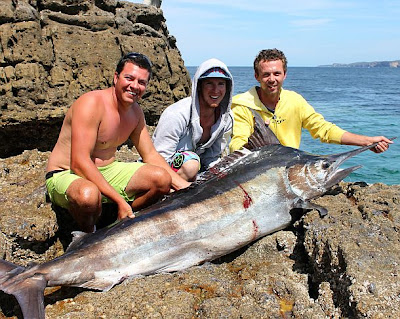 The "Tubes Rock" ledge at Jervis Bay on the NSW in Australia has produced an other back marlin.

This rocky place on the south coast has been the venue for some land based game fishing anglers in recent weeks and has produced lot of memorable action.

Angler Bob Russo reports that last week, a black marlin of around 300 pound - 140 kg had been taken from the well known Tubes rock platform.

An other lucky angler reportedly accounted for 2 black marlin there in one day. There were also reports of many fish hooked and lost and the occasional hear-tbreaking "spool out".

It was reported that around 15 black marlin were hooked from the ledge over the two days with 5 fish in total kept and transported to shore by boat. He also reports that several marlin were also successfully released by anglers. 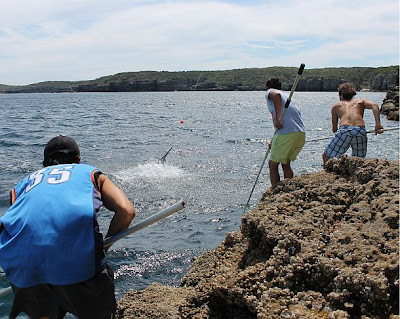 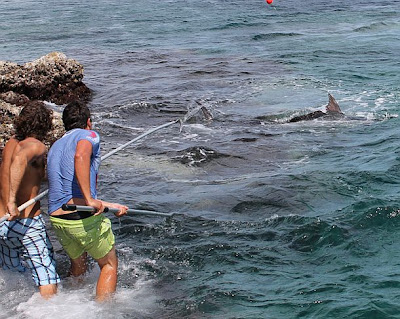