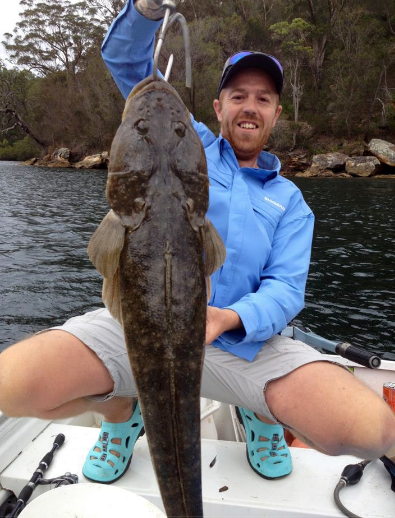 According with Facebook page Catch and Release angler James Gill landed and released a big flathead fish. this catch was the  possible Australian 4 pound line class record ! The big flathead was  110 cm and 21 pound - 10.5 kgs and heavily pregnant. Being released he can not claim the national record but felt just as good if not better watching her swim away