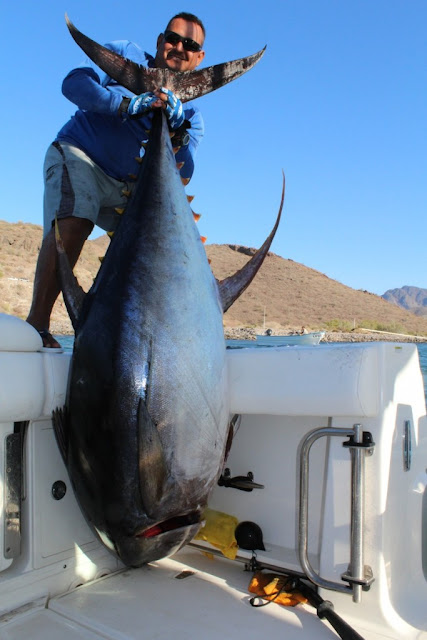 Robert Ross was fishing off from the remote Pisces Collection Lodge, on the Sea of Cortez when he kooked and landed a massive yellowfin tuna. He was fishing with a chunk bait and landed after a 2-hour fight on 60 lb line.

The fish was a massive 430 lb - 194.7 kg and was weighed on a scale at a nearby ranch, was 3 pounds heavier than the world record. Rather than seek a certified scale, Ross filleted the tuna.