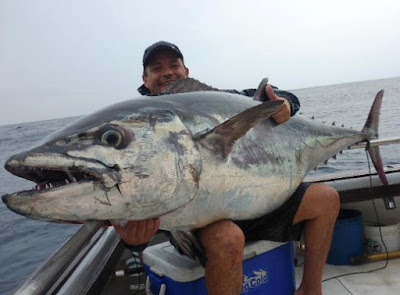 This massive dogtooth tuna (Gymnosarda unicolor) is one of two potential All-Tackle world records recently submitted to the IGFA. Angler Leopoldo Tomas Zapata Gazquez of Almeria, Spain caught this enormous 106.2 kg (234 lb 2 oz) doggy while slow trolling a live rainbow runner off Tanzania with IGFA Representative Capt. Jason Alexiou on December 4, 2014. Despite catching the fish more than a year ago, there is no time limit on All-Tackle record claims, as long as all the necessary documentation can be provided. The other pending claim for the All-Tackle dogtooth tuna was caught last November and if approved, will replace this record by about 1 kg (2 lb). 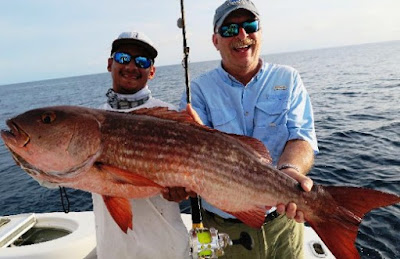 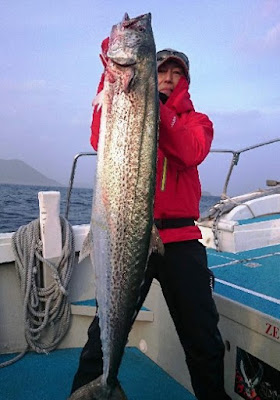 Japanese angler Isamu Kinoshita caught what could become the new All-Tackle Japanese Spanish mackerel (Scomberomorus niphonius) on December 27th, while fishing off Japan’s Goto Islands. Kinoshita needed only 15 minutes to land the 10.57 kg (23 lb 4 oz) mackerel, after it crushed the butterfly jig he was working. If approved, the catch will replace the existing All-Tackle record of 9.35 kg (20 lb 10 oz).