The largest had dimensions of 1.8 meter in width and almost 4 meter in length.
We have always estimated weights of the stingrays due to fish care concerns.
On this occasion we built a custom rig to weigh the stingray and accurately weighed the stingray at 400 lb - 175kg+. 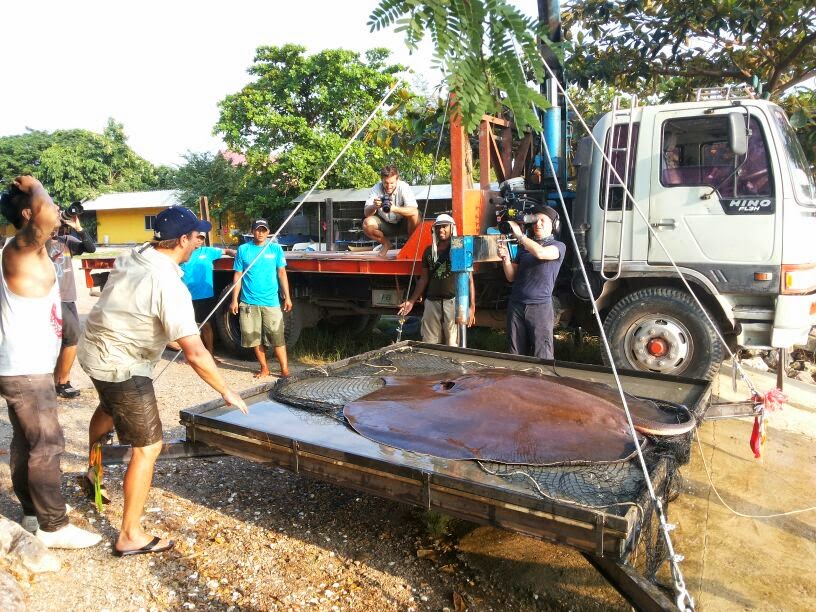 The show is airing on 7 July in the US and worldwide soon after. (See more here)

The stingray was landed after a 1 hour plus battle which saw Zeb and several members of the Fishsiam team taking turns to land the fish.

It was beaten on a 130 lb stand up rod with Okuma Makaira twin speed multiplier with Owner 9/0 circle hooks and heavy duty mono.