FLORIDA: caught an 805 lb mako shark from the shore

Few days ago two cousins reeled in a probable world-record shortfin mako shark from the shore near Pensacola in Florida.

Anglers Earnie and Joey Polk had intended to keep the catch under wraps, but a passerby snapped this photo when the two stopped for gas. The photo went viral on social media and the story was soon picked up by a local paper, TV and web sites.

The catch was made with the bait placed only 300 years from shore. 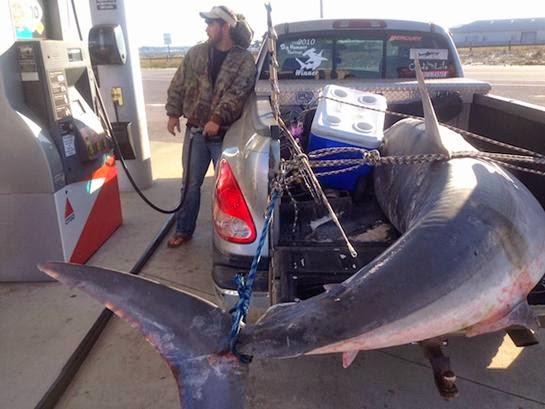 Earnie Polk already holds the official current world record for a mako with the "International Land-Based Shark Fishing Association". He and his cousin Joey worked together to take that 684 lb female back in 2009 on Navarre Beach.