SOUTH AFRICA: tigerfish jumps out of the water to eat a bird 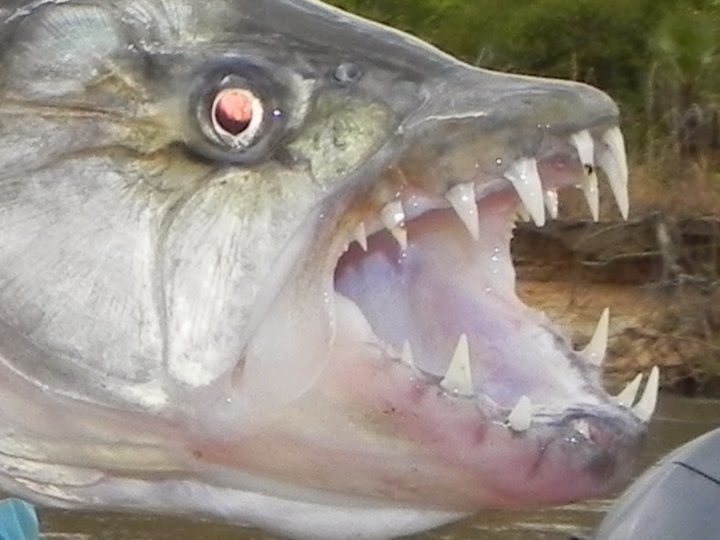 A very quick bite in this video shoot in South Africa. A big tigerfish leaps from lakes to pluck unsuspecting birds from the air.
The phenomenon has never before been captured on film. In the footage the unlucky bird is a swallow, an incredibly agile species that can hit speeds of 40 mph.

It was taken at Schroda Dam, a lake on the Limpopo River catchment in the Mapungubwe National Park in South Africa.