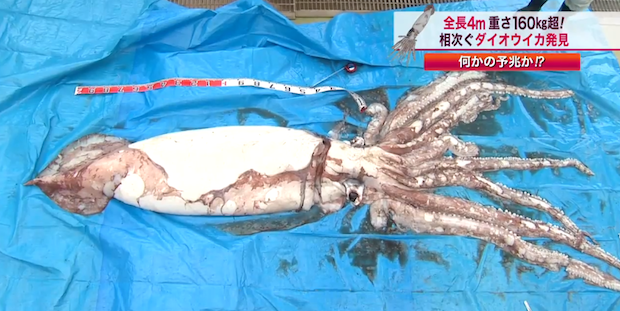 The capture of a giant squid last week off Sadogashima Island in Japan is exceedingly rare. This huge creature  was found in a net used at a depth of 300 feet. It died after it was hauled to the surface.

According to the "Japan Times" magizine, the huge squid specimen measured about 12 feet and weighed about 330 pounds - 150 kg.
The  Japanese language video shows the creature on display and being measured by scientists.