AUSTRALIA: marlin caught and released from a kayak 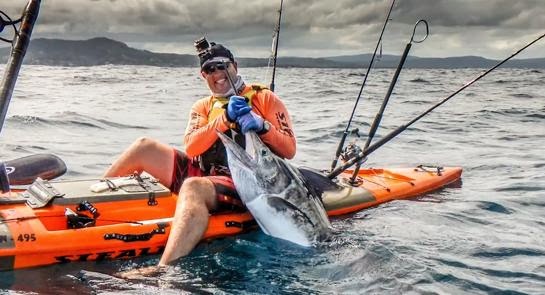 A great and stunning video was shot just few days ago off Coffs Harbour in Australia.

Angler and kayak expert Strydom  Tommie has gone  fishing, and when he has a severe shock, he first thinks of a shark. Seeing that this is a huge marlin, he calls his close friend to the rescue and also they  film the fight.

The two friends men keep marlin near their kayaks for about 15-20 minutes, giving him time to recover. Then they let him go back free in the ocean.