USA: 400 plus pound hammerhead in this video 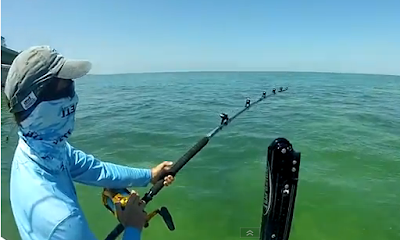 A  YouTube about the catch of a big 400 plus pound hammerhead shark. The fish was released after the fight. It was landed with an 80 lb tackle with a bonito tuna as bait.

According with the a fishermen group, they were approaching a school of permit, while this big hammerhead shark arrived just under the boat.