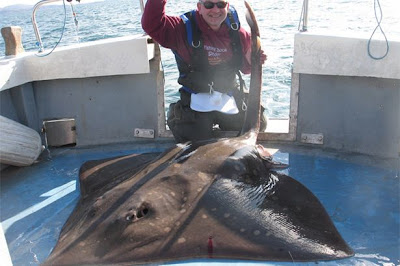 Angler David Griffiths   caught an  huge skate after a one hour and half battle and set a new UK record for the specie but it will not stand because he refused to kill it.

This huge monster size skate’s was a really beautiful fish. And the skipper said it’s a new British record. But rules say fish must be killed and weighed on land.

But David decided not to kill a fish for a piece of paper so he decided to release it!