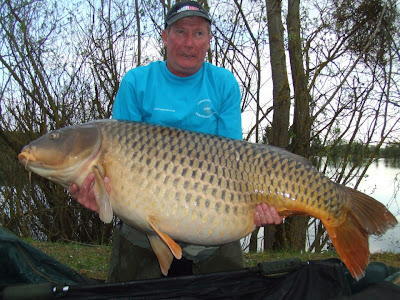 At 6.45 pm on Tuesday the 23rd of April 2013 lucky angler Colin Smith was fishing in France in  Etang Saussaie lake, Perthes in the  Champagne - Ardenne when he hooked a monster size common carp.

The huge fish was 100 lb and 8 oz  very very close to the World Record. While the current record for the species overall is 101 lb and 4 oz.  Back then it was just 7 oz shy of the world record, but did take for sure the French record.

It seems that it’s not the first time the fish has been caught, probably it came out two years ago weighing around 88 lb when it was caught by angler Damian Clarke.