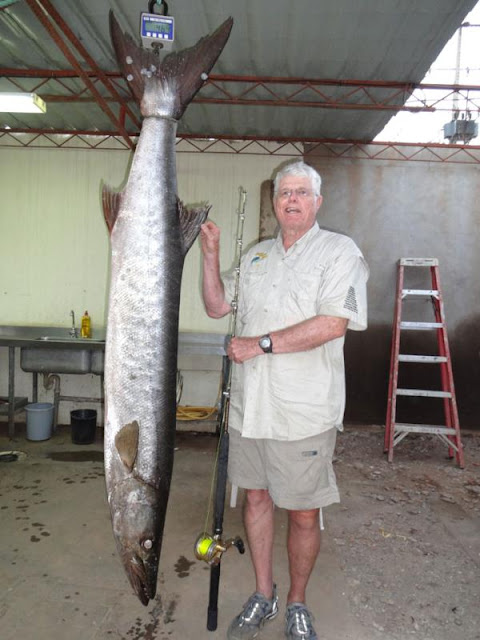 Texas native Thomas Gibson has been traveling to Africa for years, where he has racked up several impressive records on large tarpon and jacks. However, on a recent tarpon trip with IGFA Representative Iain Nicolson, Gibson landed a Guinean barracuda (Sphyraena afra) that could potentially earn him the new All-Tackle record. While trolling a Rapala plug in Barra du Kwanza, Angola on February 14th, Gibson hooked into this massive ‘cuda that took him 10 minutes to land on 37 kg (80 lb) tackle. Tipping the scales at 46.4 kg (102 lb 4 oz), Gibson’s fish could earn him the new men’s 37 kg (80 lb) line class record, which currently stands at 31 kg (68 lb 5 oz), as well as the All-Tackle record which is 45.9 kg (101 lb 3 oz). 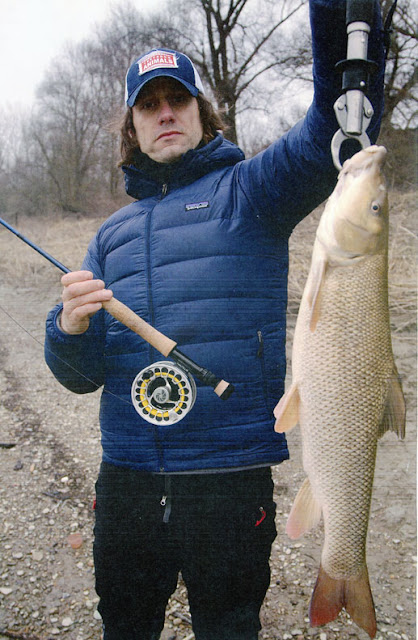 Fabio Lazzaroni of Milan, Italy was fly fishing the Po River with Paolo Pacchiarini in their native country of Italy on January 11th when he came tight on a quality fish. After eating a well-presented conch fly and putting up a 5 minute fight, Fabio subdued a 2.27 kg (5 lb) barbel (Barbus barbus). After some photos and a quick weighing, the fish was released alive. Lazzaroni’s fish qualifies him for the potential new 6 kg (12 lb) tippet class record, which is currently vacant. 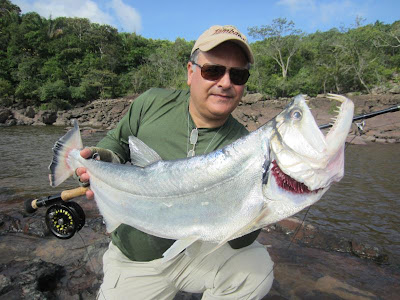