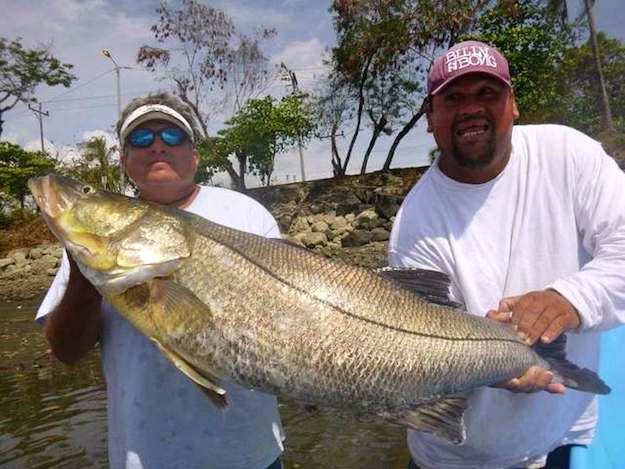 Fishing guide Ward Michaels has recently caught an huge size snook while fishing in Costa Rica. This Florida fisherman has traveled to Costa Rica more than 80 times over the last three decades, and seems that now has caught the new all-tackle world record for this specie.

Wards’ catch was one of several giant snook that he and three friends  landed during a 3 day expedition along Costa Rica central Pacific coast.  They landed several in the 30 lb class, but also behemoths weighing 47 and 50 pounds; the last day they caught 4 well over 40 pounds

The biggest Pacific black snook he caught tipped the scale at 60 pounds - 27,20 kg. Michaels planned to submit details of the catch to the IGFA (International Game Fish Association - www.igfa.org).

If this world record application will be approved it will eclipse the current record: a 57-pound, 12-ounce black snook caught by angler George Beck at Rio Naranjo in Quepos, Costa Rica.

The friend trio led them to a sand bar inhabited by female snook in the pre spawn stage. They slowly trolled sardines over the sand bar, at a depth of about 30-40 ft, and the fat snook could not resist the offerings.