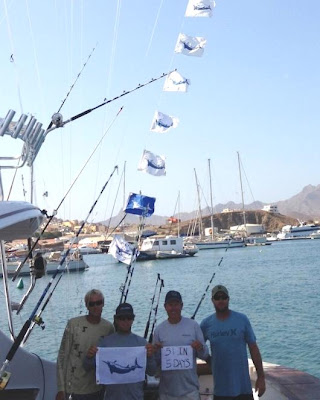 In Cape Verde Islands, in the middle of Atlantic Ocean  aboard "Big Oh" a 63-foot Ricky Scarborough with Capt. Ronnie Fields and mates Ben Horning and Thomas Garmany -- released 51 of 65 blue marlin bites over only 5 fishing days the last week of April

The boat actually raised more that 88 blues during that five days  and  Ingram “reeled in 41 of the 51 fish.”

"Big Oh" best day saw the crew go 14 for 16 on blue marlin – and they released a white marlin and spearfish to make a great for a grand slam.