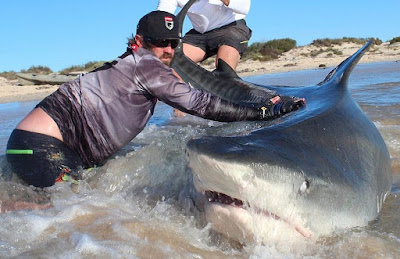 Josh Butterworth and Jethro Bonnitcha, known as Western Australia's 'shark men', were caught on camera as they struggle to pull the giant shark on to the beach  off the Carnarvon on the north coast. 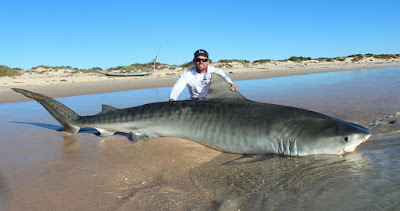 The two expert fishermen reeled in ten massive tiger sharks from the beach on a four day fishing trip as 'plenty more' lurked in the water only meters from shore. 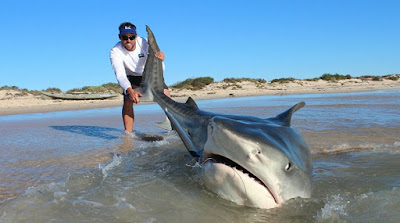 They used kayaks to set the baited lines around 100 metres from the shore and reeled in the marine predators - some of which were over five metres long - from the sand. 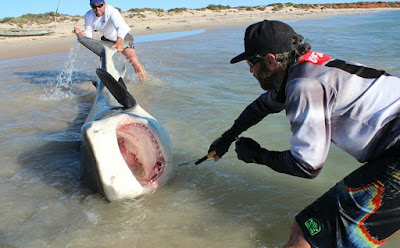