US: caught an huge 30 lb drum while bowfishing 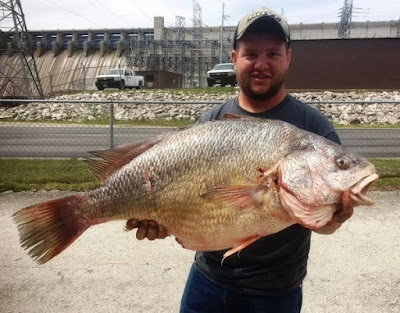 Angler Joshua Cole of Reeds Spring, Missouri has officially claimed the record for taking down the largest freshwater drum in state history by bowfishing.

Cole was fishing on Table Rock lake when he stuck a single arrow in the big drum.

The previous freshwater drum record taken by alternative means was arrowed back in 2008 and weighed in at 26-pounds, 8-ounces from the Lake of the Ozarks.