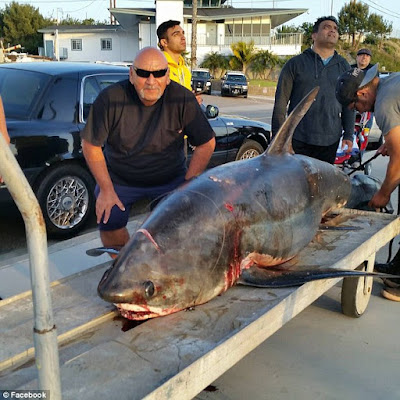 The past week angler Robbie Maillat and his fishing buddies unloaded a 550 pound - 249 kilos thresher shark  in Oceanside, California,

A photo of the catch was posted Friday on Instagram, by fishing writer Joe Sarmiento. It shows the 20-foot shark hanging upside down, with its remarkably long tail fin curved in an arc. 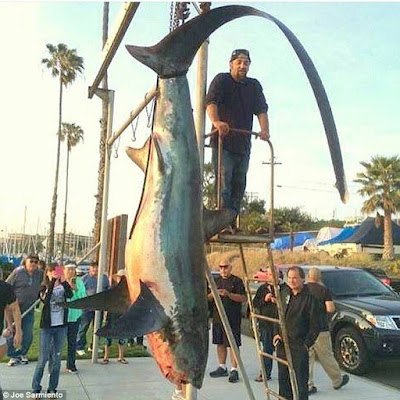 The largest shark to be pulled ashore in California is said to have been a mako shark that was caught in June 2013.

That shark weighed a massive 1,323 pounds - 599.5 kilos, and was caught off Huntington Beach