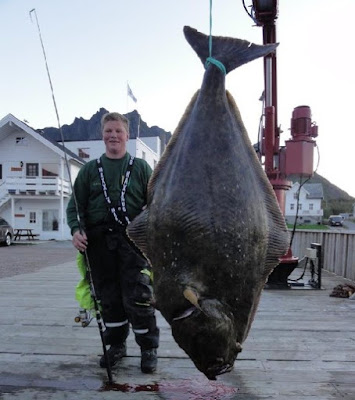 German angler Johann Kaaserer caught this enormous 149.65 kg (329 lb 15 oz ) Atlantic halibut (Hippoglossus hippoglossus) on August 15th while fishing off Mefjord, Norwary. Kaaserer needed only 45 minutes to subdue the massive halibut after it ate the jig he was fishing on relatively light spinning tackle! If approved, the catch will earn Kaaserer the new men's 15 kg (30 lb) line class record, and will be the third heaviest Atlantic halibut ever recorded by the IGFA. 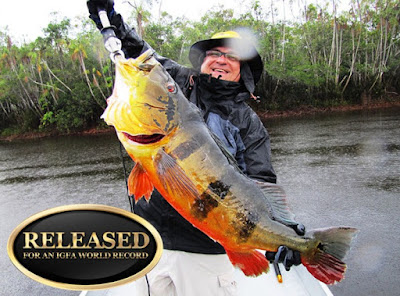 Brazilian angler Ednaldo Camacho Lazarin caught and released what could become the new All-Tackle Length world record for speckled peacock (Cichla temensis) on October 10th, while fishing near Santa Isabel in the Brazilian Amazon. Lazarin needed only several minutes to subdue the trophy peacock, after it crushed the top-water plug he was casting. The current IGFA world record is 89 cm. 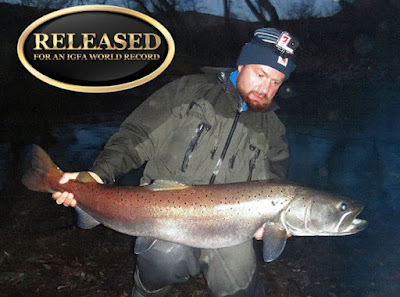 While fishing Austria’s Mur River on December 10th, Russian angler Ilya Sherbovich caught this impressive 13.74 kg (30 lb 4 oz) huchen (Hucho hucho) that could earn him the new men’s 10 kg (20 lb) tippet class world record. Sherbovich was casting a rodent pattern fly when the fish hit, and needed approximately 10 minutes to subdue the fish. After properly documenting and weighing the fish on shore, Sherbovich released the fish alive to grow even bigger. The current IGFA world record is vacant, and if approved, this would be the largest fly caught huchen ever recorded by the IGFA.