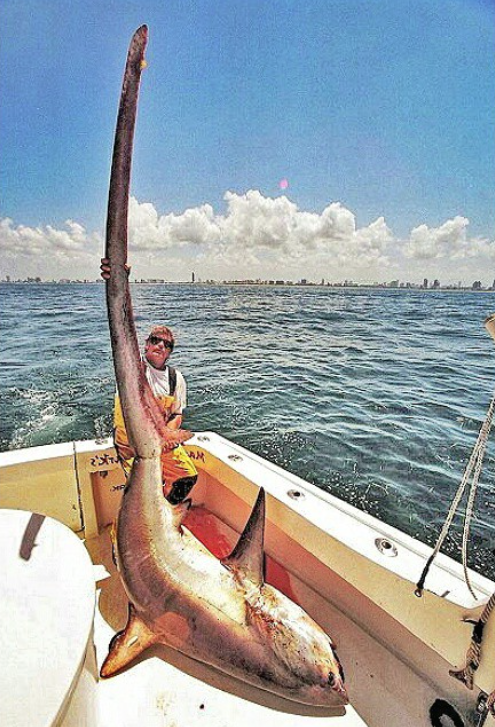 Capt. Mark “the Shark” Quartiano  was fishing off Florida coast when an huge shark decided to bite.

The overall length of this monster size thresher shark was around 20 feet. This is the largest thresher shark he has encountered, and he claims to have caught hundreds of them.

This huge shark was reeled in by a female angler, after a 2 hour battle, from a depth of around 590 feet.

The thresher was not weighed before it was processed for the charter group, but Mark the Shark estimated the weight at between 720 and 750 pounds.