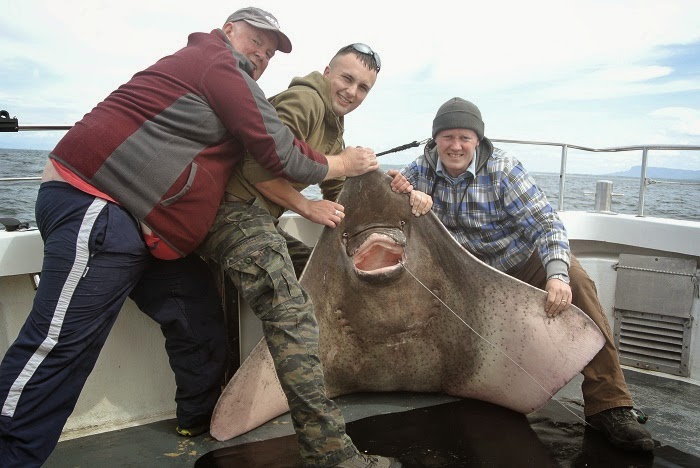 Big rays skate are a rarity off the North West coast of Ireland, so you can imagine how was the adrenaline of Capt Declan Kilgannon when in 2 different trips aboard his boat resulted in the capture of a 100 pound plus fish.

He was fishing out of Mullaghmore in County Sligo, guest angler William Wallace banked a huge 176 pound - 80 kilo female skate, later followed by the capture of a male skate weighing 134 pound - 60.70 kilo by the skipper himself.

Fortunately both fish were tagged and released.