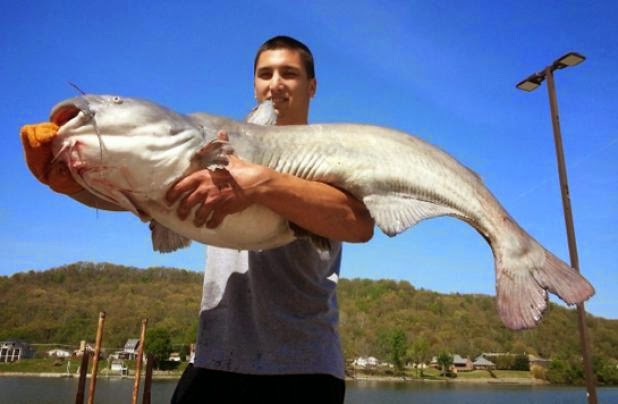 Last week, young angler Austin Hoffman was fishing on the Ohio River just to try some new gear in his boat.

He was so lucky to hook up a giant size blue catfish; he was in the right place and right time and landed an incredible 47.7 inch and  52.95 pound - 24 kilo blue catfish beating the previous state record.

Austin’s blue catfish broke both the length and weight records for Virginia state and becomes the first in the recorded sport fishing history of West Virginia to eclipse the 50-pound mark.
The previous Virginia state record for blue catfish was also caught in the Ohio River back in 2012 by angler Mark Foster with a 43.9 inch fish weighing 44.5 pounds. 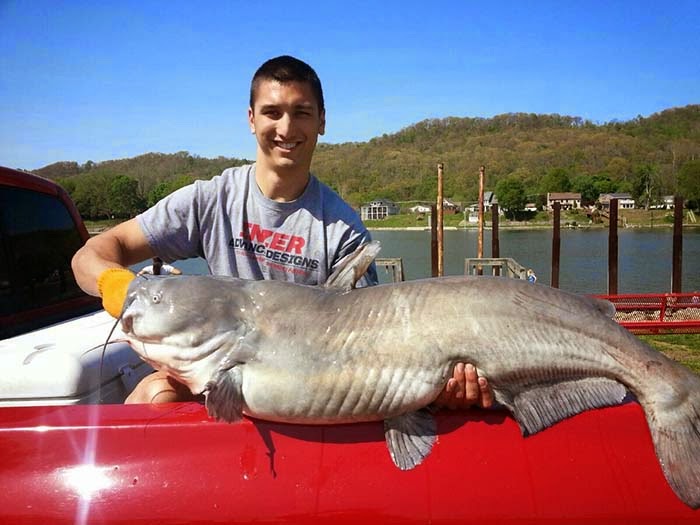 Austin  fought the big catfish for about 15 minutes and when he got him to the surface, there was no doubt in his mind it was a new state record.”

Once caught, he was able to stuff it into the boat’s live well where it remained alive while an official verified the record and the released it.