US: caught a rare American Paddlefish 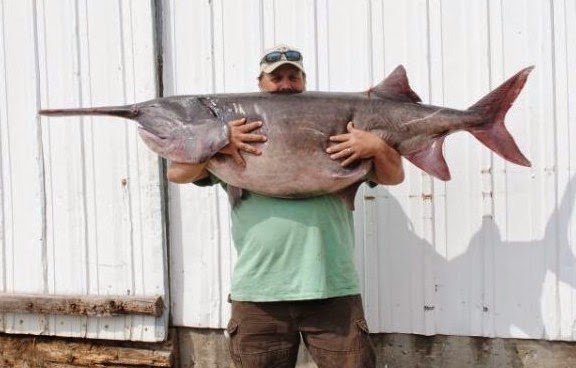 In south Dakota angler  Bill Harmon has landed the largest fish ever recorded by an angler in that state; a rare 127-pound, 9 oz. (58 kilos) American paddlefish.

With this great catch Chamberlain shattered a 30 plus year old state record. This record size fish was caught while fishing in Lake Francis Case behind Fort Randall Dam off the Missouri River.

This fish is a living fossil, isthe largest and longest lived species of freshwater fishes. It is native to the Mississippi River drainage, these prehistoric fish once roamed freely throughout the network of rivers in the central US.

Annual stocking efforts that began in the early '90s in Lake Francis have resulted in quality numbers and a good catch ratio.