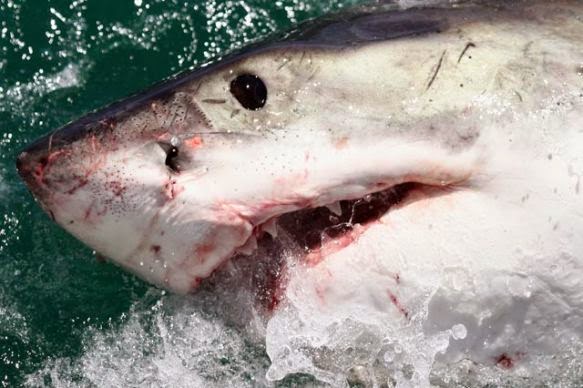 Andy Hales, a British angler has landed a colossal huge great white shark estimated to have weighed over 4,000 lb - 1,800 kg and 18 feet in length.


The huge shark was immediately release when was just under the boat. It is illegal to specifically fish and catch white sharks in South Africa.


This monster white shark would smash the current world record for the species by well over 1,000 lb. The official IGFA (International Game Fish Association) great white shark world record stands at 2,664 lb - 1,206 kg and was caught in Australia in 1959.

Andy accidentally hooked the huge predator off Cape Agulhas in South Africa and during the fight it proceeded to tow the boat he was fishing from for over 2 miles.