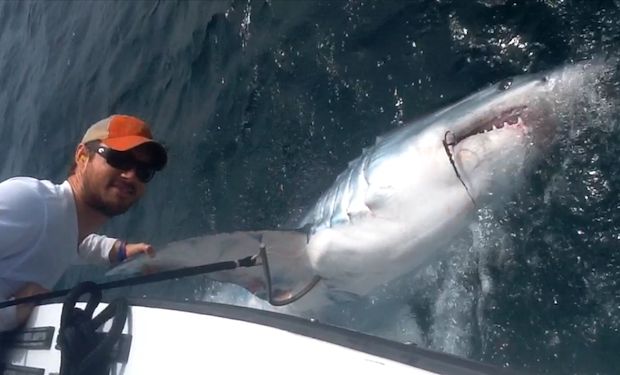 During a recent cobia tournament off Destin in Florida an huge 720 lb - 326 kg mako shark was caught.

Fishing was in relative shallow water, 15 feet or more, with the only purpose to catch cobia, but all the fishing team of " Sure Lure " forgot all about cobia as soon as one of the crew spotted the huge mako shark cruising along the coast.

They immediately drop a live bait, and almost immediately the hungry shark  devoured it. Randy Messer was handling the rod, and the all battle ended after 2 hours and at least a dozen acrobatic leaps by the fish. 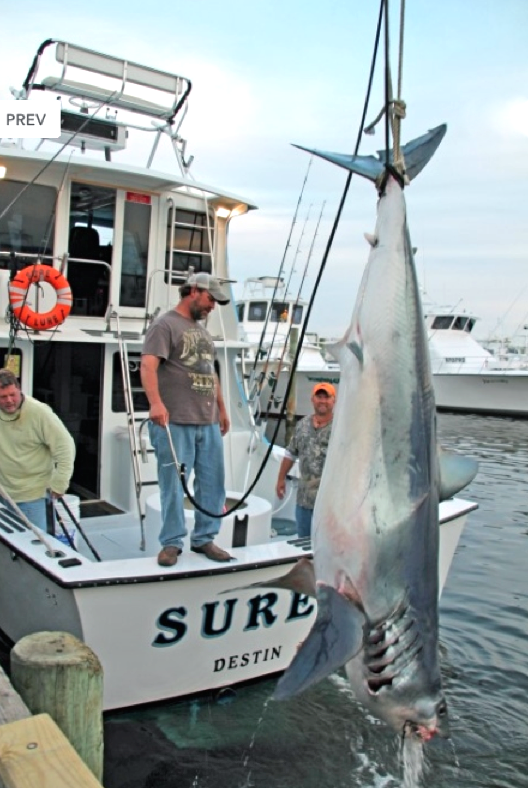 Because the shark had to be towed to port, the voyage lasted more than 5 hours

The largest ever mako being caught off Florida was a 1,063 lb - 481 kg fish and the current IGFA (e International Game Fish Association) all-tackle world record is a 1,221 lb - 553 kg mako