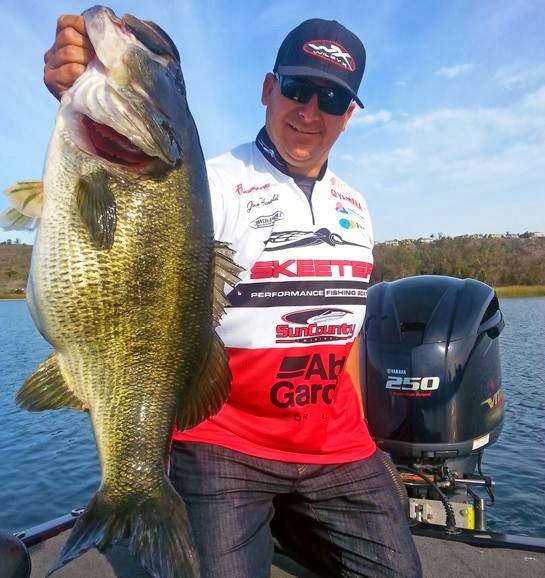 Justin was fishing in  one of San Diego’s prime bass fisheries, the "Miramar Reservoir",

He  spotted several monster bass near a dock on last days, and was nearing the same area when his phone began to ring.
He tossed the bait, a "Huddleston" lure toward the dock, letting it fall on slack line while he scrambled with his phone in the other hand. He missed the call, tried returning the call without luck. When  Justin  finally looked away from his phone, he realized he had hooked a big bass.

Justin  has a history of catching big bass. Last week he caught and released a 13 lb ans 14 oz bass while fishing Miramar last yaer. Overall, he has caught more than 140 bass that weighed more than 10 lb.

Miramar Reservoir has yielded 5 of the top 25 bass of all time; in the past January, angler Jay Saberon landed a bass that weighed 16 lb and 3 oz.