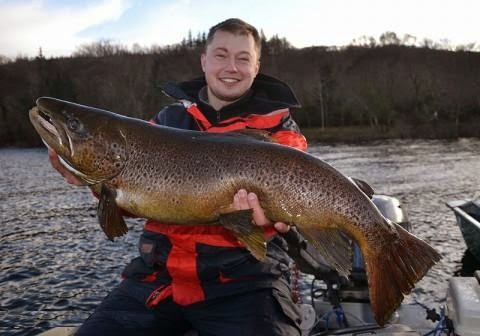 Predator Team is a group of fishing guide specialized in trout and pike fishing on Corrib lake in West Ireland.

Over the first couple of weeks fishing this month, all was tough, but they landed several ferox trout of interesting size. At the past week, they had their a group of clients coming from  Czech Republic, and what a trip it was for Radek Vyhlidal, who struck into a massive ferox trout.

After a long and difficult fight, the magnificent fish was finally netted, and after being measured and photographed, quickly released again. The huge ferox trout was a monstrous 93 cm long, probably well over 20 lbs (9 kg), with the priority being to release it safely.