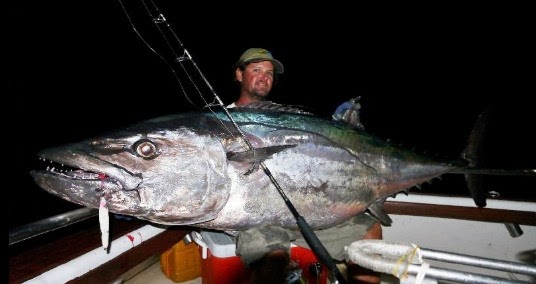 While jigging off Latham Island, Tanzania (africa) on November 16 2013, angler and IGFA representative Jason Alexiou captured an enormous dogtooth tuna (Gymnosarda unicolor) that tipped the scales at 102.8 kg or 226 lb 10 oz eclipsing the current men’s 37 kg (80 lb) line class record by more than 2.5 kg (5 lb)! After crushing the Yozuri Hydrometer jig, the massive doggy put up a brutal forty minute fight that tested all of Alexiou’s wits, as well as the drag on his Shimano Stella. If approved, this will be the third heaviest dogtooth tuna ever recorded by the IGFA – only four pounds shy of the "All-Tackle" record. 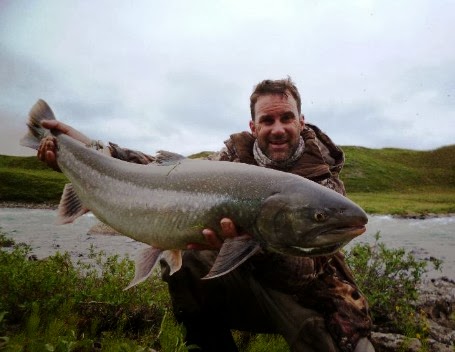 Last summer, angler Olivier Charpentier traveled from his home in Panama to Canada’s Tree River, where he caught the potential new All-Tackle Length record Arctic char (Salvelinus alpinus) on July 18, 2013. Charpentier’s 90 cm fish hit the Blue Fox spoon he was casting and was quickly subdued. Once landed, the fish was quickly measured, photographed, and released alive. The current IGFA record is 86 cm. 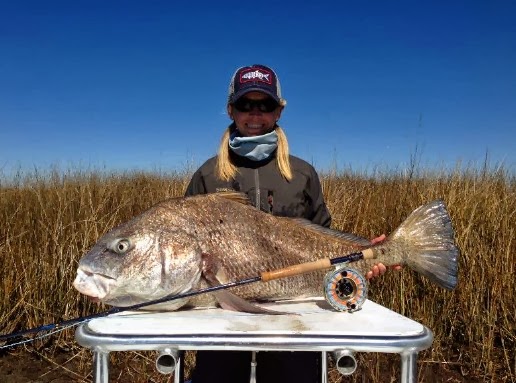