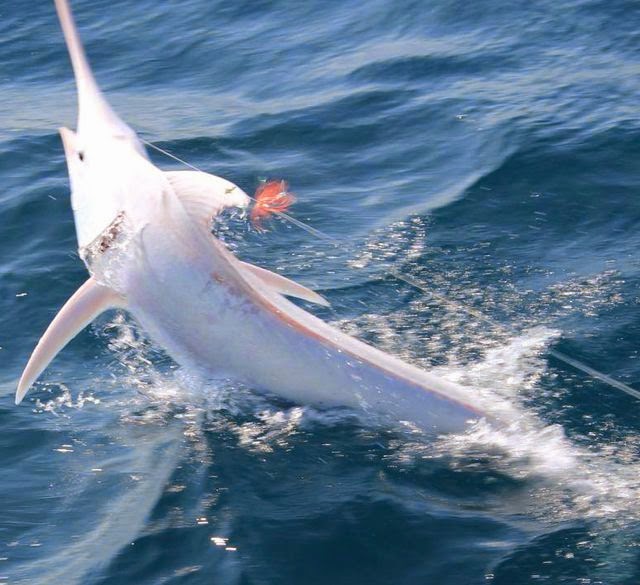 This past week some lucky anglers  fishing off Costa Rica were surprised and surely astonished to discover that a large marlin they hooked and landed was completely white; it was a very rare ablino blue marlin.

The  rare catch of an albino  marlin was made aboard the 43 ft "Spanish Fly", of the famous Maverick Sportfishing out of Los Suenos on the Pcacific Sside of Costa Rica. 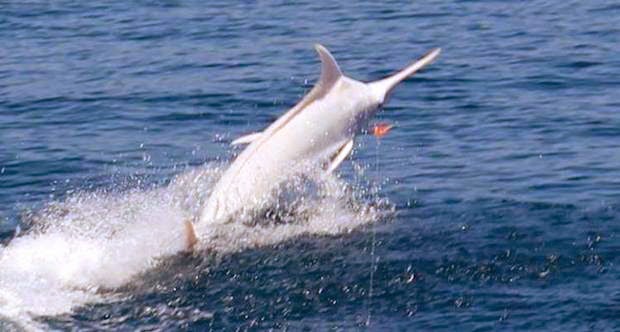 The boat was captained by Juan Carlos Fallas Zamora, with clients Bob and Karen Weaver, from New York.
Karen reeled the billfish to leader after a one hour and half of fight, after which it was carefully released by the crew.

This is some of the best shots we have seen, with numerous jumps as well some shots close to the boat. 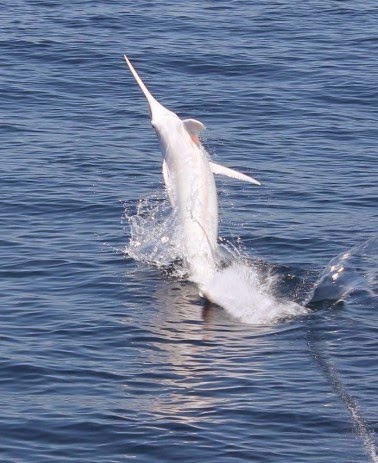