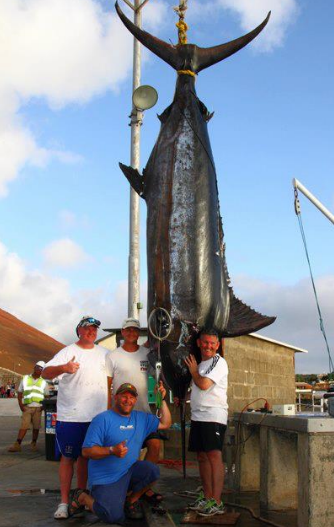 An huge blue marlin of 1.320 pound was caught in Ascension Island in the middle of the Atlantic Ocean. this marlin is the 2nd biggest on the island ever.

The monster mama was caught on board the fishing charter boat Harmattan with Capt. Olaf Grimkowski and mate Kevin Gardner. The fish was at the boat after more than 3 hours of fighting;  Kevin fought her on sunset.  Emil Ruud had to let go of the leader 4 times (wiring his first marlin ever) until the fish was controllable.