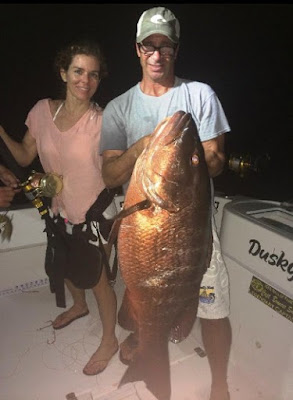 In south Florida, the full moon in the late summer months is one of the best times to target cubera snapper (Lutjanus cyanopterus) on the reefs. Angler April Tambor discovered this first hand on July 29th while fishing off Miami, Florida, USA with Capt. Bouncer Smith. After dropping a live lobster to the bottom, it wasn’t long until Tambor’s rod doubled over from the brute force of the 18.37 kg (40 lb 8 oz) cubera on the other end of the line. After a tough 15 minute battle on heavy tackle, Tambor had the fish in the boat. If approved, the catch will earn her the new women’s 37 kg (80 lb) line class record, which has stood at 15.1 kg (33 lb 4 oz) since 2003. 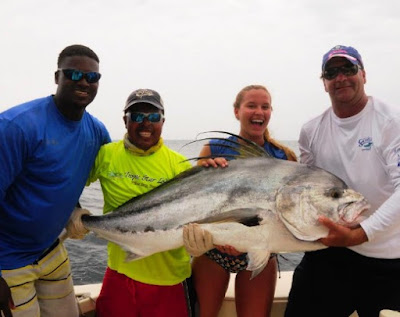 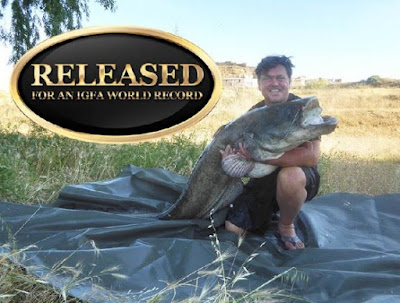 German angler Joachim Ochmann traveled to Spain’s famed Rio Ebro to target the highly sought after wels (Silurus glanis) – one of the largest freshwater species in the world. Ochmann’s efforts were rewarded on May 31st when he landed an incredible 56 kg (123 lb 7 oz) specimen on only 10 kg (20 lb) gear. The experienced angler needed only 30 minutes to land the huge wels after it ate the pellet bait he was fishing. Once subdued, the fish was quickly weighed from a sling, properly documented, and released alive. If approved, Ochmann’s catch would easily replace the existing men’s 10 kg (20 lb ) line class record, which stands at 10.66 kg (23 lb 8 oz).