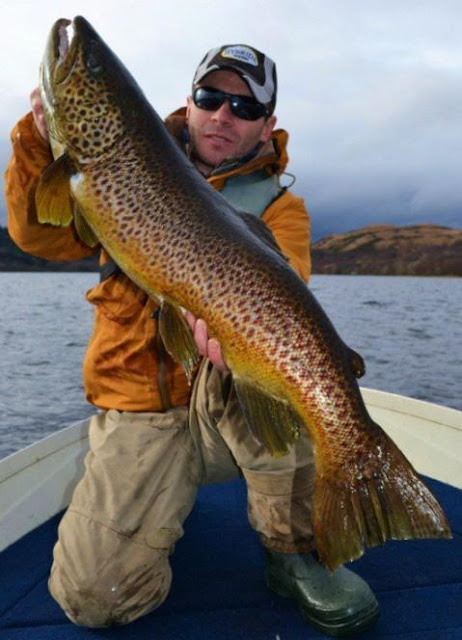 Angler Tomi Kurman and his friend Jacek Gorny, memmbers of the "Corrib Predatore Team" have been guiding anglers on Corrib for a few years now, specialising in brown trout, ferox trout and pike fishing, and their guests have taken many specimen fish in that time.

Gorny  himself, however, had an opening day to remember last week, when he caught his own personal best trout from Corrib, a magnificent ferox of 36 inch -  93 centimetre m, that weighed 10 kilo - 21 pound.
Fish took trolled lure from Hybrida Wobbler B3 model.

Fortunately the big trout  was photographed before being carefully released again.


Jacek Gorny  says "Fish took a bait on relatively shallow water- 15 feet. It's only start of the season but Trout's are getting very active. Together with my business partner- Tomi Kurman we caught numbers of good trout already (over 70 cm). If it will stay like that there is a chance to beat up our own record from last season with 78 trout over 70 cm!"