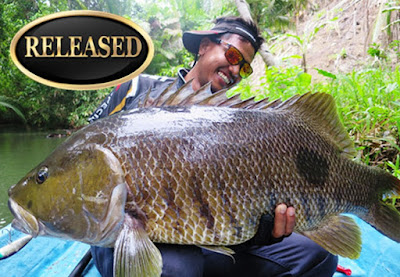 The IGFA recently received a potential new All-Tackle world record for freshwater snapper (Lutjanus fuscencens) – commonly referred to spot tail bass - caught by Malaysian angler Jeremiah Michael on June 1st. Micheal was fishing along the wooded banks of a freshwater river in the Sulawesi Islands, when this massive freshwater snapper exploded on the lure he was casting. After a tough 10 minute battle, Micheal was finally able to subdue the fish and bring it into the boat for a quick weighing. To Michael’s surprise, the fish maxed out his under-matched scale, which topped out at 12 kg (26 lb 8 oz). Although the fish was clearly heavier than the maximum weight, Micheal decided to release the fish alive, rather than kill it for a more accurate weight reading. Regardless, at 12 kg (26 lb 8 oz), the fish is plenty large enough to qualify, as this is the first ever record application for this species to be submitted to the IGFA 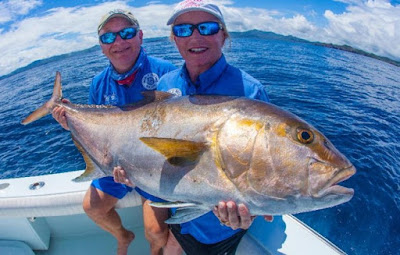 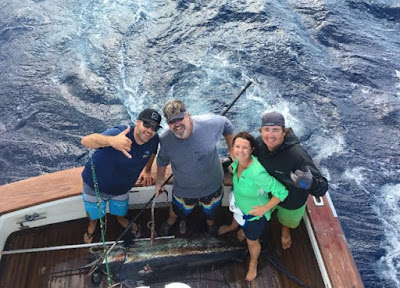 Aussie angler Rebecca Dean caught this 78.5 kg (173 lb) Pacific blue marlin (Makaira nigricans) on May 4th using just 3 kg (6 lb) tackle! Dean was fishing off Port Stephens, Australia aboard the Calypso, captained by her husband Tim Dean. After the fish was successfully teased-up, Dean pitched a rigged slimy mackerel behind the boat which was quickly engulfed by the hungry marlin. Dean skillfully played the fish for approximately 30 minutes, before the fish was brought to leader and eventually landed. If approved, the catch will earn Dean the new women’s 3 kg (6 lb) line class record, which currently stands at 64.18 kg (141 lb 8 oz).