US: caught a record size pike while ice fishing in Nebraska 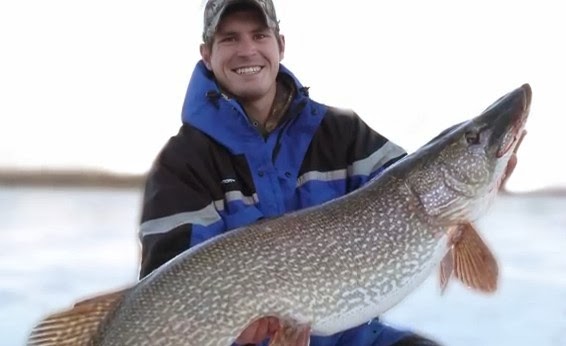 The past week, on January 28, angler Jake Rodiek caught and then released  the state record northern pike for the state of Nebraska.

this huge size northern pike measured 45 inch long and with a 27.5 inch girth, it was very  difficult to get the fish up through the 8 inch hole.

The image shown at the end of the video has been edited to protect the anonymity of the location where the fish was caught somewhere in Nebraska.