COSTA RICA: 600 lb marlin attacks a dorado in this video 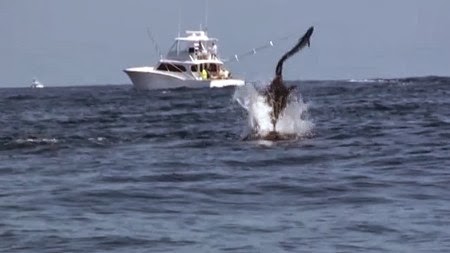 Kidcochiese Outdoors fishing down in Los Suenos, Costa Rica on the "FISHIZZLE" had a memorable day. They were trolling up sailfish and dorado when a big 500-600 lb Blue Marlin was chasing a huge forado, at least 25 or more pound.

The Blue Marlin made several attempts at the dorado, and the last they saw of both of them was they passed 5 feet away from them the Dorado was on the tail of the marlin.