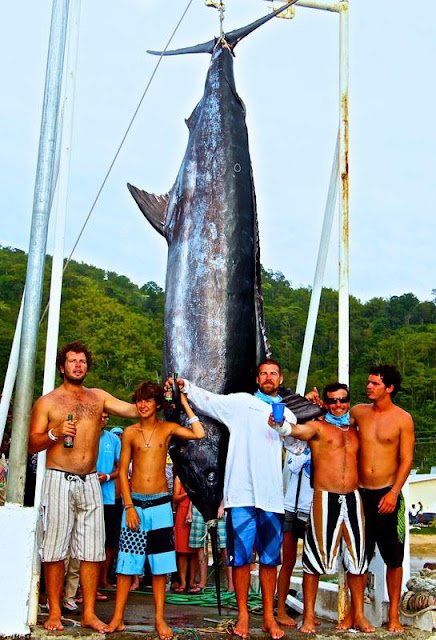 In Caribbean island of Trinidad and Tobago, during the last 2013 Tobago International Game Fishing Tournament a greater blue marlin.

In fact, when the 80 lb Penn reel started zipping off line, all the members of the "Predator" had no idea that the blue marlin on the end of the line would be a record breaking 1005.9-pound.

The fighting of this big marlin was made by young angler Brendan Bernard,  21-year-old, and was helped a lot by boat captain Brendan Farfan and all crew members for all the three hours fighting.

The big blue marlin ate a "Black Bart Magic Candy" lure and thanks to this huge catch the  the crew also won the top prize of the tournament: a Mercedes  B Class.