Cape Verde Islands are roughly 350 miles off the Atlantic coast of Africa. In recent years, these islands become a huge destination for bill fish anglers from around the world.

This monster catch is Cape Verde’s second Grander so far this year. Angler Heiko Steinmetz smiled as he weighed a 1,234 lb - 559 kilo Blue Marlin. Steinmetz was fishing the waters off of Cape Verde on board their boat, the "Black Marlin".

His crew Dika Cosme and Johnny were able to land the fish in right around two and a half hours. 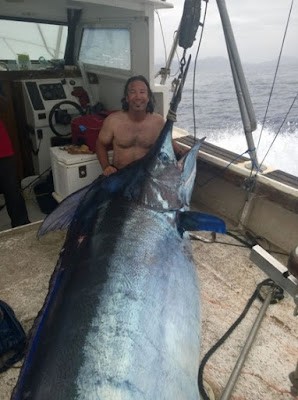